5G and Its Impact on Digitalization 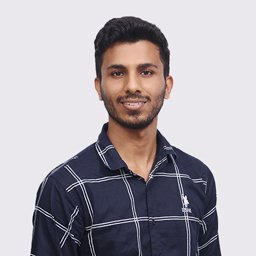 "5G goes beyond the regular operator business; it's a business revolution." - Borje Ekholm

5G is the latest Wireless technology. It is the 5th generation of Wireless networks. Although it is still being developed, it is functioning in some parts of the world.

The testing that’s been going on will end soon, and 5G will reach all corners of the world.

The potential of 5G is tremendous, and it will positively impact many industries and technologies.

In this post, we’ll be shedding light on how 5G will digitalize these 12 sectors and improve our lives.

The first one is for gamers. The impact 5G will have on gaming will be huge.

For this point, we’ll talk about Google Stadia.

Before that, you have to know what Google Stadia is.

Google Stadia is a service that lets you play games without a console or a gaming PC.

But it is a reality in some parts of the world where users get high internet speed.

When 5G gets adopted by more people, the gaming scene will change.

Basically, Google Stadia is a service through which you stream games. You only need a Television and an active internet connection.

With the existing internet speeds, you can play games using Stadia, but the experience won’t be as good if you play them on a fast connection.

Big Data is the collection of large volumes of data. In today’s age, everything can be found on the internet.

When everything is present on the internet, it is obvious that a lot of data would be generated. Users and brands generate all the data.

Most multinational companies know the benefits of analyzing data.

They analyze data because it helps them make decisions that are useful for their business.

With the current internet speeds, some time gets wasted while analyzing data.

But with 5G, it will change, and the speed of data analysis will increase drastically.

It would help businesses save precious time and use the time that was wasted earlier into something more valuable.

Imagine sitting in a car and reading a book or watching your favourite TV series. You cannot do these things in cars we presently use. But with Driverless cars, these things are possible.

For automated cars to work, they have to communicate with the things within a city, which means the whole town will get smarter (more on that later in this blog).

A network will be created between all things and your car. It would work efficiently when internet speeds would be high.

If cities start creating networks within a city, the current internet speeds wouldn’t be enough. Any latency in the network in real life can be fatal.

With fast 5G internet speeds, devices and automated cars would make decisions in an instant.

Indeed, Driverless cars are the future.

When machines or technologies have a brain of their own, it is Artificial Intelligence.

It is called intelligence and not programming because it constantly keeps learning new things and improving the existing stuff.

The voice assistants like Siri, Google Assistant, Bixby & Alexa are all examples of Artificial Intelligence. They learn from humans by finding answers to questions that they previously did not have.

5G technology will enhance the speed at which Artificial Intelligence (AI) works.

Although video calls are pretty smooth with 4G networks, video conferencing is an entirely different game.

In video conferences, people in large numbers join meetings. Because of that, some apps can’t provide high-quality video calls.

The high speeds of 5G will significantly impact video conferencing. It will make online business meetings smooth, and team leaders wouldn’t have to repeat things over and over again.

Also, the latency in 5G will be low, meaning minimal loss of data.

Machines in manufacturing assembly have been automated to some extent. But still, the communication between them can take some time, which is not favourable.

With the fast internet speed that 5G will offer, machines in the assembly will communicate with zero delays.

And saving even seconds in manufacturing something can help produce more and save time and energy.

The ways in which 5G can help the healthcare industry are beyond imagination.

First, let’s talk about what most people may know how 5G may be beneficial.

It is online consultation.

Patients will be able to consult with doctors without having to visit a doctor in real life.

With slow connections, consultations can occur, but if there is some lag, then the time of both parties will be wasted.

The second and the most amazing benefit of 5G in Healthcare is Telesurgery.

Telesurgery is basically remote surgery where a doctor is not present near a patient.

A doctor remotely performs the surgery by controlling the arms of a robot present near the patient.

The robot's functioning is so precise that it matches the precision of how a real doctor would perform surgery.

There is also a sensory system that gives feedback to the doctor.

Many systems work together in Telesurgery. The most vital out of them all is a fast internet connection.

Any lag or unresponsiveness because of the internet can be lethal.

Some researchers even say that Artificial Intelligence (AI) and Telesurgery will be a reality in the future. That means doctors wouldn’t have to do anything, even remotely. The Telesurgery robots will learn on their own and keep improving.

So, 5G will positively impact the healthcare system and turn it into smart healthcare.

Farming is a sector that is catching up to other sectors in terms of technology.

Recently, drones were introduced, and they have brought a significant change in the farming sector.

This is how 5G will be beneficial in farms:

With the introduction of the 5G network, farming will see a boom within some years.

Streaming Platforms like Netflix, Amazon Prime & Disney Hotstar will have more subscriptions than ever before.

If your internet speed is slow and you struggle to watch your favourite TV series because of constant buffering, then you’re highly likely not to watch it at all.

These days, platforms produce most of their TV series in 4K resolution. And anyone who has used 4G will know that the internet speed is not enough to stream 4K resolution in 4G.

You need a wireless network technology faster than 4G. So, using 5G is your best bet if you love spending your time on streaming platforms.

But if you decide to watch a TV series on the LED in your home, you have to stream the series in 4K.

Augmented Reality is everything that you see on Snapchat & Instagram Filters.

When you use a beard filter, you don’t actually grow a beard. It is just Augmented Reality (AR).

The connection between 5G and Augmented Reality (AR) is that the internet’s latency needs to be low for the AR system to work.

More latency means that the lenses (filters) would take more time to recognize your face.

Some lenses can make things appear in the physical world out of thin air.

There is a lot of potential to what can happen once 5G hits the market.

Virtual Reality is when you can virtually experience things without being at that place physically.

It is widely being used in Gaming, Travel, Education and many other sectors.

Basically, a 3D environment is created through simulation.

For Virtual Reality (VR) to work, the internet speed needs to be ultra-fast and the latency extremely low.

Virtual Reality is also helpful for differently-abled people, as they’ll be able to experience things that they cannot in real life.

Amazon also used Virtual Reality for shoppers. Customers will just have to stand in front of a device running an application by Amazon. That application will let the customers see how the clothes they want to buy would look when they wear them. You can see it here.

Some studies even say that Virtual Reality is the future, and most people won’t leave their homes to have different experiences when they could from the comfort of their homes.

Cryptocurrency took the world by storm. With the introduction of Bitcoin, Ethereum, and other cryptocurrencies, the ways people transact is drastically changing.

Though transactions using Bitcoin takes around 10 minutes, some cryptocurrencies like Ethereum can carry out transactions within seconds.

An even faster transaction speed can be achieved when 5G will fully hit the finance sector.

The transaction that earlier took 10 seconds would get completed in 4 to 5 seconds.

And that will be an exceptional feat in the finance sector.

The truth is, 5G will significantly enhance the ability to exchange money.

These are the 12 sectors that will get digitalized when 5G takes its complete form and hits the market.

Presently the wireless technology is in its early phases (testing).

The sectors we covered in this blog are fundamental, and when they get improved, the overall living standard will improve.

We hope you’ll be ready to handle the power of 5G.

Clubhouse: Everything You Need To Know About The Platform